Wright Motorsports enters the 61st Rolex 24 at Daytona defending its GTD win from 2022, but has doubled in strength to run two Porsche 911 GT3 Rs.

By:
David Malsher-Lopez
Listen to this article

The #16 1st Phorm Porsche won GTD class of the Rolex 24 last year with Ryan Hardwick, Jan Heylen, Richard Lietz and Zach Robichon at the wheel, while this year, Lietz is replaced by Dennis Olsen, who finished third in this race in GTD Pro 12 months ago, driving a KCMG Porsche.

The Porsche 911 GT3 Rs looked extremely tardy compared with the opposition, for while Heylen was quickest of the nine Porsche qualifiers in the Roar Before the 24 last weekend, his best time was 2.849sec off the GTD pacesetter, Philip Ellis in Winward Racing’s Mercedes AMG GT3.

“Our win last season is the perfect motivation entering into this year’s Rolex 24 and the 2023 championship,” said team owner John Wright. “All the pieces and all the hard work came together, and we proved that Wright Motorsports has what it takes to win.

“The 1st Phorm Porsche finished the Roar as the top Porsche but we still have some work to do in the upcoming days to keep making gains on the rest of the field. We’re feeling good heading into this weekend, and we’re excited to be back.”

Hardwick commented: “The Roar was a bit of a head scratcher for us. The BOP that was given to the Porsches had us all between three and four seconds off the pace of the other GTD cars, so we have our work cut out for us at a track that is so dependent on top speed.

“But if anyone can overcome challenges like these, it is our team.  We will be ready to go to battle for 24 hours come race day.”

Added Olsen, “We expected to be a little bit further up the field, but we're working hard with the car and the team is doing a good job. It seems like the other manufacturers have a bit of an edge on the straight-line speed. Hopefully we'll get some help there from the series organizers and we can be able to fight for the win…

“We have a great team around us to do the right things, and I’m looking forward to the race. I think we will have a great chance.”

Teaming with them in Wright’s #77 VOLT Lighting-sponsored Porsche will be the 2022 Michelin Pilot Challenge champions Alan Brynjolfsson and Trent Hindman, who will be sharing the ride with Max Root and Kevin Estre.

“[Hindman and Brunjolfsson] did an incredible job in last year’s Michelin Pilot Challenge championship, and they’re off to a strong start already this season. Making the step up to the WeatherTech series and joining the Porsche family is an exciting move for them, and they have what it takes to fight for the win.”

“This race is very different for me than anyone on the team and probably most people in the paddock,” said Brynjolfsson. “It's brand new to me, so I've got a completely different focus and perspective. I'm just looking to learn, be humble, be safe, and get more comfortable and be better.”

Said Hindman: “It was good to get everybody through the car during the Roar. That was the main thing: Learning what each of our individual jobs are when it comes to me, Alan, Max, and Kevin, and working on executing those individual jobs as best we can. It’s really fun to see Alan in a WeatherTech series session. It has been a very long time coming and he’s found a home really quick.”

“I’m very happy to be here and race another Rolex 24,” stated Estre, a Porsche factory driver and WEC GTE Pro champion in 2018-’19. “It’s a new team, new car, and new teammates for me.

“It’s difficult to know exactly where we stand, but we definitely made some improvement during the Roar learning the car and the new tricks we have to implement in this car to be quick at Daytona. We’re definitely not where we want to be, but we’re working on it.

“It’s great to be with the Wright Motorsports team. It’s a program I’ve been racing against for years. Now I can see it from the inside and see how they’re so successful. We can’t wait to start the race week, hopefully with better Balance of Performance and a good spirit.” 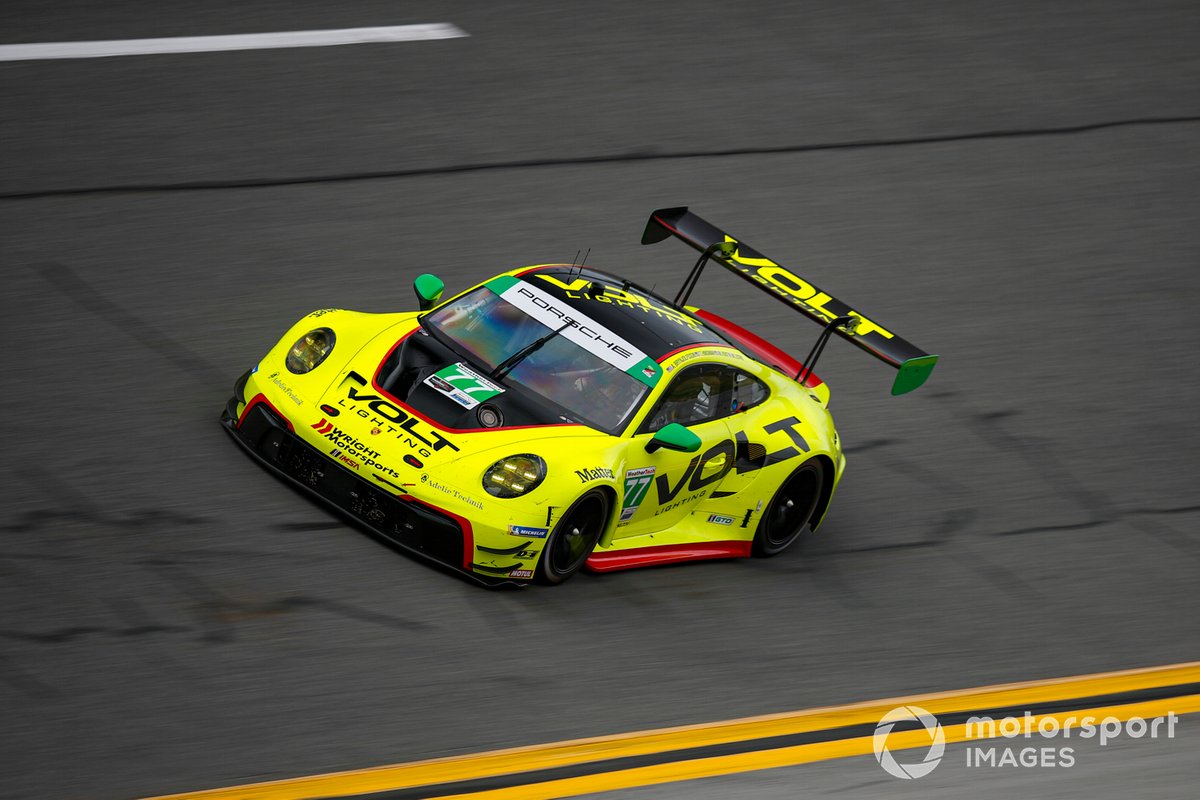 After much anticipation, the new dawn for sportscar racing got underway with a result that mirrored the pattern of the IMSA WeatherTech SportsCar Championship's previous DPi era. Here's how Acura once again took top honours in the Rolex 24 at Daytona with a 1-2 led by Meyer Shank Racing.

Much like German OEM rival Porsche, BMW's absence from sportscar racing’s top flight will be ended this weekend when a pair of M Hybrid V8 prototypes make their debut in the Rolex 24 at Daytona. A programme focused on IMSA for now will expand to the WEC and Le Mans next year, in a sign of both its ambition and pragmatism.

Porsche and Penske have teamed up to tackle the world's biggest sportscar races in 2023 with the new 963 LMDh car. Autosport was on hand at the recent Daytona test to hear from key players in the partnership as it prepares for dual campaigns across the IMSA SportsCar Championship and World Endurance Championship...

Nyck de Vries’s Italian GP exploits weren’t the first post-eleventh-hour call-up in motorsport history, and won’t be the last either. Here are some offbeat tales from the past

The organisers of the World Endurance Championship and IMSA SportsCar Championship worked together to devise the popular new LMDh rule set. But to turn it from an idea into reality, some serious compromises were involved - both from the prospective LMDh entrants and those with existing Le Mans Hypercar projects...

The 956 set the bar at the dawn of Group C 40 years ago, and that mark only rose higher through the 1980s, both in the world championship and in the US. It and its successor, the longer-wheelbase 962, are arguably the greatest sportscars of all time.

Why BMW shouldn't be overlooked on its return to prototypes

OPINION: While the focus has been on the exciting prospect of Ferrari vs Porsche at the Le Mans 24 Hours next year, BMW’s factory return to endurance racing should not be ignored. It won't be at the French classic next year as it focuses efforts on the IMSA WeatherTech SportsCar Championship, but could be a dark horse in 2024 when it returns to La Sarthe with the crack WRT squad.

The British pair at the heart of Lexus's sportscar push

Have you heard the one about two British guys driving for a Japanese manufacturer in America’s top sportscar series? Time to sit down and talk with Jack Hawksworth and Ben Barnicoat about racing across the pond… and your accent being mistaken for Australian!