Michael Andretti says he wants to take his new sportscar partnership with Wayne Taylor Racing to the Le Mans 24 Hours in future.

By:
Charles Bradley
Listen to this article

WTR and Andretti Autosport have revealed a plan to expand its Acura attack in the IMSA WeatherTech SportsCar Championship to two cars next year, and then turn its attention to Europe – targeting the biggest sportscar race of all, the Le Mans 24 Hours.

Honda's luxury brand Acura has shown little interest in a program outside the US, so any such undertaking would likely see the Oreca-based LMDh car rebadged as a Honda and would need a campaign in the FIA World Endurance Championship as part of the Le Mans entry requirement.

When ask if he wanted to race at Le Mans, Andretti replied: "100 percent – that is a definite goal for us.

"With our new partners that we have with Andretti Global, our goal is to be in every major racing event in the world, and obviously Le Mans is one of the big ones. So, down the road, we definitely want to be there.

"This has been a perfect time to be involved [in sportscar racing], and you can't do any better than a team like Wayne Taylor Racing. It's one of those marriages made in heaven and we look forward to maintaining and then growing – it's going to be one of the mainstays of the series that we're in."

Taylor added: "From my perspective, [Le Mans] is the one major sportscar race that we haven't won overall, so there's no doubt that's a major focus for all of us here. That's where we want to be." 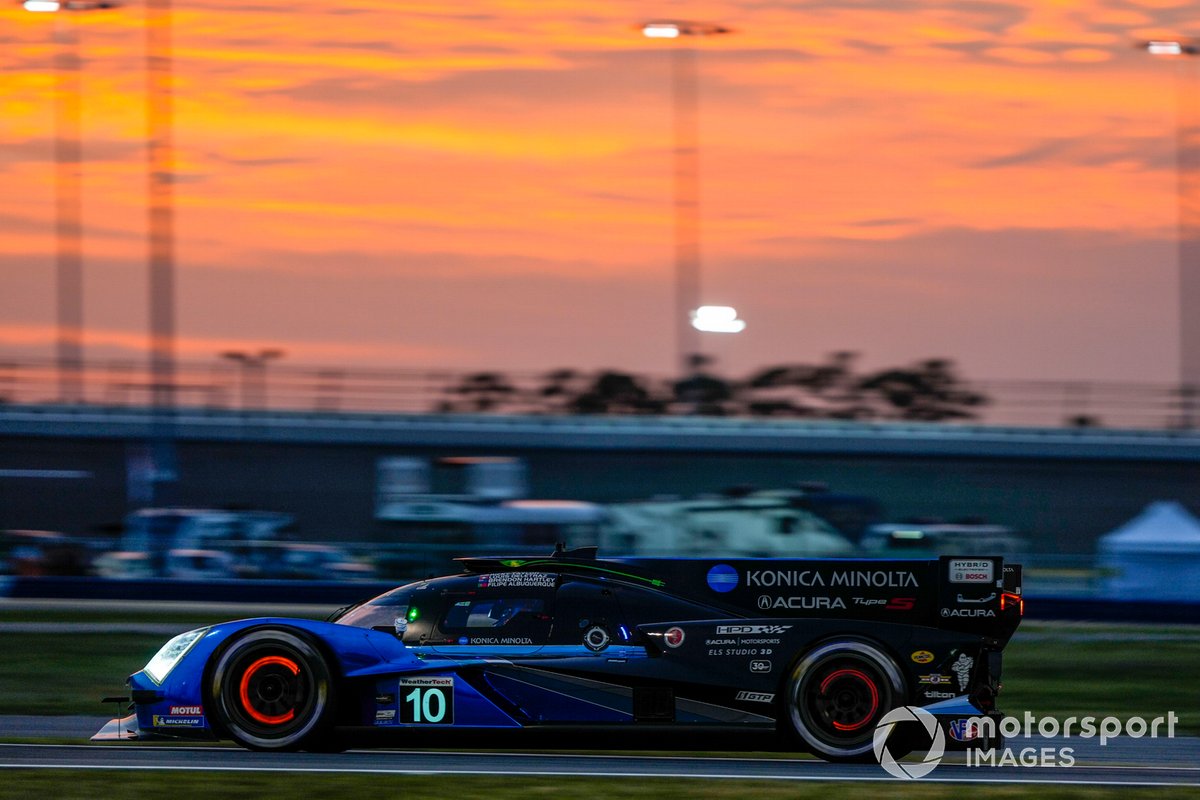 Andretti aims to enter the Formula 1 ranks with GM brand Cadillac in the coming years, most likely with a re-badged Honda engine, and revealed that he also plans to run a full WEC program with WTR, in parallel to its IMSA campaign.

"Yes, that's no secret either," he said. "We're going to have a satellite facility over in Europe, we already have one we're setting up but it's going to be bigger, and one of the objectives is to have a WEC team running out of there in the next few years."

Taylor said having the Andretti name on board with his team will allow it to take on the might of IMSA team rivals like Penske and Chip Ganassi Racing.

"[Andretti] brings everything: a huge name, a huge facility, great partners, success," said Taylor. "They are as passionate and focused about sportscar racing as we are.

Bubba Wallace ‘got dumped’ by Austin Dillon in NASCAR Clash

Nyck de Vries’s Italian GP exploits weren’t the first post-eleventh-hour call-up in motorsport history, and won’t be the last either. Here are some offbeat tales from the past

Steve Soper is so famous for his forays in touring cars that his sportscar achievements are often overlooked. But as the versatile Briton explained for a special feature commemorating 50 years of BMW's Motorsport division earlier this year, he preferred the cars.

The 956 set the bar at the dawn of Group C 40 years ago, and that mark only rose higher through the 1980s, both in the world championship and in the US. It and its successor, the longer-wheelbase 962, are arguably the greatest sportscars of all time.

Why BMW shouldn't be overlooked on its return to prototypes

OPINION: While the focus has been on the exciting prospect of Ferrari vs Porsche at the Le Mans 24 Hours next year, BMW’s factory return to endurance racing should not be ignored. It won't be at the French classic next year as it focuses efforts on the IMSA WeatherTech SportsCar Championship, but could be a dark horse in 2024 when it returns to La Sarthe with the crack WRT squad.

How Formula E's double-duty drivers got on at Le Mans

Eight Formula E drivers made the 7,000-mile sprint from the streets of Jakarta to the fabled Circuit de la Sarthe and every one had a story to share at this year's Le Mans 24 Hours. Despite a range of triumphs and disappointments, each driver doubling up on the day job played a key role in their teams' fortunes

As the GT class faces a time of transition, it’s a good time to recall the greatest hits of the GTE Pro years that pitched manufacturers and top drivers into the tightest of duels.

The great Le Mans garagistes that challenged factory might

Glickenhaus is the latest in a line of small-time constructors to take on the big names. Here are some of the finest in the history of the Le Mans 24 Hours

Prema remains a colossus in single-seaters, but the serial Formula 2 and Formula 3 title-winning squad has joined forces with top GT squad Iron Lynx for an attack on sportscars in the FIA World Endurance Championship and European Le Mans Series. Ahead of its debut at the Le Mans 24 Hours, its sights are firmly fixed on LMP2 glory – and a future in Hypercars next year...