The World Rally Championship is confident the evolution of its Rally1 regulations, which is expected to include an expanded use of hybrid power, will entice new manufacturers.

By:
Tom Howard
Listen to this article

The WRC has been working alongside the FIA to develop the future pathway for rallying's top tier ever since the launch of the Rally1 hybrid rules last year.

This has included a series of discussions with manufacturers already involved in the discipline and other marques not currently competing, to understand the required ruleset for 2025 onwards that will attract new brands to Rally1.

It is anticipated that this evolution of Rally1 regulations will be presented in two months' time.

The regulations will build on the current Rally1 platform, which features cars built around tougher and safer space-frame chassis, and powered by a 1.6 litre turbocharged internal combustion engine coupled to 100kW hybrid unit, that can deliver 500 horsepower when hybrid boosts are engaged.

The WRC has hinted that an expansion of the current hybrid unit is among its plans for the new regulations, given there is much more capacity in the system constructed by Compact Dynamics. This could see an increased use of hybrid and EV modes during rallies.

It is also expected the new rules will focus more emphasis on the use of 100% sustainable fuel, which the WRC has pioneered.

"When it comes to the technical regulations our sporting director Peter Thul has been heavily involved with the FIA," WRC event director Simon Larkin told Motorsport.com.

"It has been shared goal to announce the evolution of this current technical homologation in the next couple of months because we want to have clarity and security of what is going to happen from 2025. We started talking about this publicly and privately in Monte Carlo last year on the debut of these technical regulations.

"It will be an evolution, not a revolution. Everyone is happy about the story of the hybrid and we can do more with the hybrid. And as WRC Promoter, we know we need to do more about the fact that we are the first world championship to start using sustainable fuel. 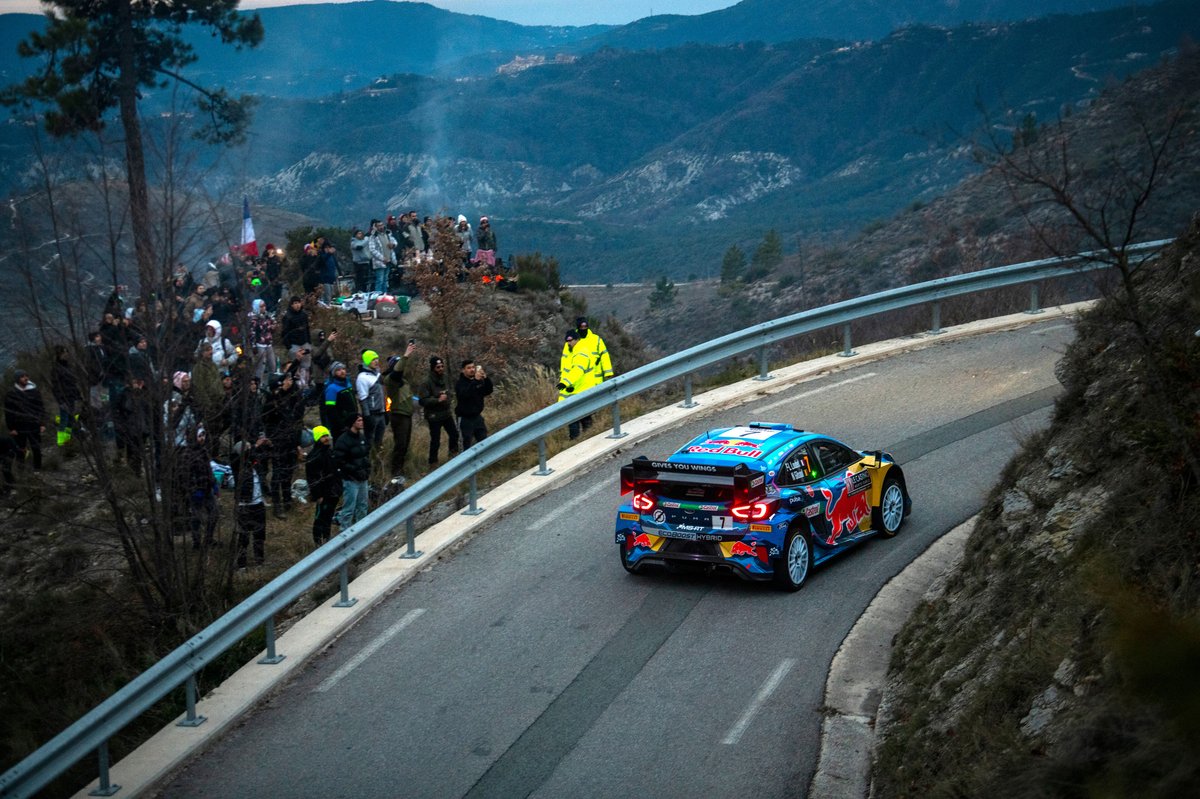 "We beat everyone and Formula 1 is making a big deal about it starting [to use sustainable fuel] in 2026. I think that says everything about this championship, we are ahead of the curve in many ways.

"We need to do more with the hybrid, we know. I think it needs to be a bit of louder part of our championship, particularly EV mode, and we need to make it a bit more of a dominant part in the sporting competition as well.

"That hybrid [unit] still has actual capacity left in it in terms of battery and greater re-gen. We can see whether we can increase boost and relevance through road sections on EV mode."

It is believed that the WRC has been in talks with those marques.

Larkin believes the 2025 Rally1 regulations will provide stability to allow new manufacturers to invest, but feels only one more brand is required at Rally1 level in addition to Toyota, Hyundai and Ford, through M-Sport, that are currently represented.

"I do [believe it will entice new brands] because I think it gives a stability of rules and we know that makes it far more likely for someone to be willing to invest, because they know there is a fixed window to advertise that initial investment," Larkin added.

"I think everyone in this service park will agree that only one more manufacturer would be the ideal number. I think four is a useable number in terms of how we can give a return on investment, any more than four then, I think it is a struggle.

"We have a stable TV and promotion platform and our audience numbers are good. One more manufacturer slotting in there wouldn't be to the detriment of the existing three." 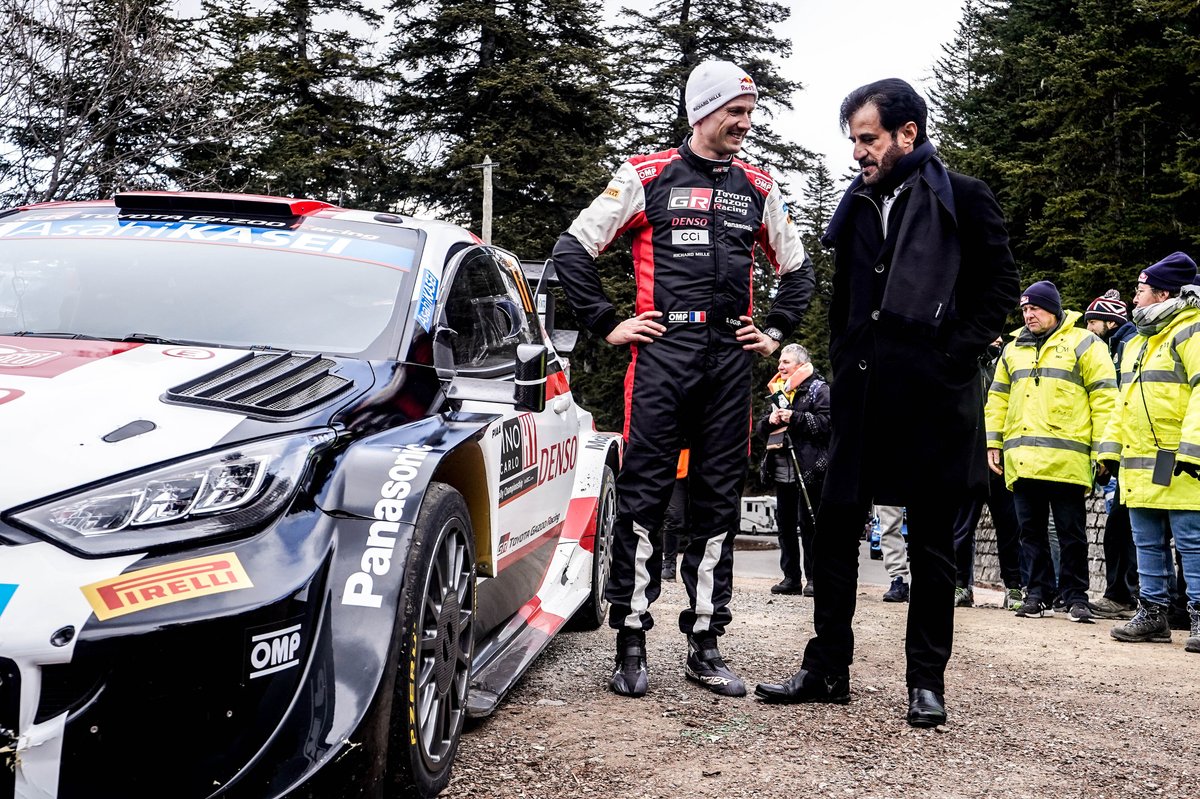 FIA president Mohammed Ben Sulayem, who attended last weekend's Rally Monte Carlo, agrees that more manufacturer interest is required but states that in its current guise the WRC's "house is not on fire" with only three brands competing.

Ben Sulayem however stressed that the future of rallying at the top level should be more sustainable from a cost aspect, with current rally cars costing in the region of a million Euros.

"You need the manufacturers for sure, but then you need the newcomers, so affordable rallying is very important for us," said Ben Sulayem to selected media including Motorsport.com in Monte Carlo.

"If we want to grow motorsport we have to have it affordable. I believe also that we should be policing more to make sure that the expenses don't increase."

Some 39 years on from his Monte Carlo Rally debut, World Rally Championship legend Francois Delecour continues to pick up silverware. Proving that age is purely a number, the 60-year-old's desire to compete against the WRC’s latest young talents could be the start of a new chapter in the Frenchman’s storied career

He may only be contesting a part-time campaign in the World Rally Championship these days, but Sebastien Ogier underlined that he's lost none of his speed in the 2023 season opener. Storming to yet another victory on the Monte Carlo Rally, the eight-time world champion rewrote the history books again as Toyota served notice of its intentions with a crushing 1-2

How Lancia pulled off its famous Monte Carlo giantkilling

Audi should have been invincible in the snowy conditions that typically greeted the World Rally Championship paddock in Monte Carlo. But unexpectedly warm weather for the 1983 season opener, combined with some left-field thinking from the Lancia crew turned the tables. Forty years on, team boss Cesare Fiorio reflects on a smash and grab.

M-Sport had a disastrous 2022 with its Rally1 Ford Pumas following Sebastien Loeb’s first-time-out win on the Monte. But now things are looking up with 2019 world champion Ott Tanak leading its attack, and the Cumbrian operation has optimism that it can challenge for a first title since Sebastien Ogier's departure at the end of 2018

As Kalle Rovanpera begins his World Rally Championship title defence in Monte Carlo, the Finn knows he has a target on his back. But who is best placed to knock the Toyota ace off his perch?

Why Rovanpera is anticipating a fight to defend his WRC title

From F1 to WRC: Why Hyundai's new boss could be an inspired signing

OPINION: New Hyundai rally team boss Cyril Abiteboul admits he’s got a lot to learn, but his F1 experience and evident strengths could mean he turns out to be an inspired choice.

Toyota was unstoppable in the 2021 World Rally Championship, with an excellent 75% strike rate from 12 rallies. But in a scary proposition for its rivals, the Japanese marque had built a car for the final year of the previous regulations set which it believes was much faster and could feasibly have crushed the opposition completely. Here the story of its mothballed world-beater.